Williams Street Wiki
Register
Don't have an account?
Sign In
Advertisement
in: Tom Goes to the Mayor, Television Series

Tom Goes to the Mayor

Tom Goes to the Mayor, aka TGTTM, is an original series on [adult swim] created by Tim Heidecker and Eric Wareheim, and has a runtime of 11 minutes.

The show is set in a fictional town called Jefferton, a small, generic town apparently modeled after real-life suburbs in California (according to a DVD commentary). Most of the episode plots revolve around Jefferton citizen Tom Peters going to The Mayor of Jefferton with an idea, and The Mayor ends up messing up Tom's idea somehow and ends up getting Tom into serious trouble.

The show uses a dry, almost dark humor, and has very few nice, innocent, pretty, or happy aspects to it. Situations in the show are often "bad situations made worse," according to DVD commentary by Tim & Eric, and many of the settings in town are intentionally made as horrible as possible, such as the Peters' home.

The show has illustrated, colored backgrounds, and the characters are depicted in photographs, then put through the "photocopy" filter in Photoshop, and made blue. Sometimes the characters are further edited, to give them a more "ugly" or "weird" appearance. The characters are "animated" by using different photographs. Certain scenes are live-action -- often these are the scenes that appear on a TV screen, such as Channel 5 Married News Team segments.

The show was first produced under Dipshot Films and later under Tim & Eric's own Absolutely Productions.

TGTTM began as two webisodes on TimandEric.com made in 2001. The origin of the art style came about because both Tim and Eric admit that they are not animators. The general concept of the show (Tom goes to the Mayor with ideas, the Mayor screws them up) was not really that different in the beginning, although some details changed (ex: Tom Peters' name was originally Tom Bradley).

At the time Tim and Eric were working other jobs, and they were sending out pitch tapes to various people to try to get TGTTM picked up. Tim eventually sent a tape to Bob Odenkirk, and Bob called Tim to tell him how much he loved the show. The show was later pitched to [adult swim] and eventually picked up.

The show premiered in November 2004 with the episode Bear Traps. It continued to air until December 2004, finishing with Rat's Off to Ya!. There was a short break, and then Season 1 continued with Porcelain Birds. Season 2 aired from April 2006 until September 24, 2006. After the last episode aired, a bump on [adult swim] noted that the series was over.

TGTTM was the first actual television show that Tim & Eric ever made, and they say that many of the early episodes were experimental and learning experiences, both on-screen and off. Based on some of those experiments, aspects of and processes on the show were changed.

According to all known sources, Tim & Eric have no intentions of bringing back TGTTM as an independent show, but leave the possibility of small projects (like cameo appearances on Awesome Show) open.

The process of making the shows is first the crew runs through the lines and scenes in an episode, and they take pictures according to what's happening in the script. Then the pictures are run through the "photocopy" filter on Photoshop, "blued", and put into the scene. Sometimes characters are further edited in photoshop to give them a weird appearance.

There was much thought and consideration as to what was animated and what was not in the show. There was also much consideration put into what stays real on a character (such as an article of clothing or costume) and what got "blued". Many things that are animated or that stay realistic are done for emphasis.

Many of the graphical elements, such as Power Point presentations, brochures, and ads, are created by editors.

There are many visual jokes in the show such as out-of-place items, or written word. For example, if viewers pause on any printed object in an episode, it often contains full text and further jokes. A prime example of this is Tom's resume in White Collarless.

The intro is a promotional video for the town of Jefferton, and introduces Tom Peters ("I'm Tom Peters and I'm full of ideas!") and The Mayor ("Hi. I'm The Mayor and my door is always open for you!"). It shows the various features and specialties of Jefferton: Community Spirit! Shopping! Food!. Every episode starts this way, with few exceptions:

The outro is normally just an instrumental version of the intro song playing as the credits roll in the Lunchbox font on top of colorful backgrounds, and ending with the Williams Street and Adult Swim SKULL! cards. A few credit sequences are different, such as:

1. Bear Traps In order to protect Jefforton's children from predators, Tom and The Mayor team up with the Bear Trap Brothers to convince City Council to use bear traps.
2. WW Laserz Tom has an idea to open a World War 2 themed restaurant. He has to work with The Mayor's nephew Terry, who has some very different ideas.
3. Pioneer Island 20 years ago, Jefferton's Pioneer Island burned down in a mysterious fire. Tom brings it back with an "authentic" celebration in town.
4. Toodle Day Tom must make sure this year's Toodle Day is a success. To do that, he has to find a dog that can marry compatible dogs.
5. Rats Off to Ya! It's the holidays in Jefferton, and Tom has an idea for a t-shirt slogan.
6. Porcelain Birds Tom wants to save an endangered bird sanctuary, and The Mayor has an investment plan to help him out.
7. Vehicular Manslaughter Tom has an idea to use sewage for Jefferton's energy but it needs independant third-party verification. Dr. Michael Ian Black, The Mayor's friend, coincidentally is in town to visit and could help with the idea.
8. Boy Meets Mayor The Mayor is involved in a sex scandal! Tom becomes The Mayor's P.R. department and gets involved in a hot-air balloon race.
9. CalcucornJoy's ex-husband Todd has come to visit. Tom has an idea for a new product, and wants to get it on tv.
10. Gibbons Tom's college friend Gibbons comes to visit. Jefferton's Friendship Expo is in town, and Tom is involved in it.
11. Pipe Camp Tom wants to promote healthy ideas to the children of Jefferton. Meanwhile, Pipe's Buffet, a business in Jefferton, is in danger of closing. The Mayor has an idea to help.
12. Re-Birth Tom wants to start his own business but he can't until the Peters' family is registered. The Mayor puts Tom through a 3-step program to help.
13. Vice Mayor Tom wants to move out of Jefferton, but the Mayor gives him opportunity to be Vice-Mayor.
Special: A Look Behind the Scenes

1. My Big Cups Tom opens a store in the mall for his "big cups" idea. Meanwhile, The Mayor is looking for ideas for artwork.
2. Bass Fest The Jefferton Dam is in danger of falling. Jefferton Bass Fest is in town, and is being held dangerously close to the dam.
3. Jeffy the Sea Serpent Tourism is down at Jefferton Manmade Lake, so Tom and The Mayor make up a Sea Serpent to attract visitors.
4. White Collarless Tom gets a job in the Department of Special Projects. Meanwhile, it's Job Day at Jefferton elementary school.
5. Wrestling Jefferton's wrestling team coach is injured. Tom replaces him and gets involved with a muscle-enhancing product called Flaxamax.
6. Saxman Tom goes to a street market and meets a homeless musician named Saxman. Saxman is invited back to Tom's home, at least until Joy comes back home.
7. Spray a Carpet or Rug The Mayor is feuding with the lawnmower man for Jefferton Memorial Park, so he has Tom put carpet installed in the park.
8. Surprise Party Gibbons' birthday is coming up, and in order to attend, Tom needs to buy him a special gift.
9. CNE Tom has a personal medical problem, and he becomes a spokesman for a prescription drug.
10. Friendship Alliance Tom makes an online profile on the Friendship Alliance website, and he makes a friend.
11. Zoo Trouble Jefferton Zoo is in danger of closing because of competition from () Wild Animal Experience. Tom and The Mayor come up with ideas to save it.
12. The Layover Tom's father has an 11 minute layover in Jefferton, and Tom wants to visit with him.
13. Couple's Therapy Tom goes on a cruise to improve his relationship issues. Meanwhile, Joy is having visitors at the house and a mysterious addition added to the house.
14. Glass Eyes Tom is campaigning for a charity for glass eyes for orphans in third world countries. Meanwhile, the annual Barrel Goat Hunt is on!
15. Undercover The level of starch in cafeteria food at Jefferton schools is dangeously high! Tom must go undercover in order to stop it.
16. Puddins For his birthday, the only thing Tom's step-son wanted to do was visit Puddins Restaurant for dessert. Due to an accident, everything goes wrong.
17. Joy's Ex Joy's other ex-husband Saul is visiting. The Mayor invites Tom and Saul to his apartment for a Saint Patriot's Day celebration.

Tom Goes to the Mayor: The Complete Series: Businessman's Edition was released on (). It is a 3-disk set containing all 30 episodes of Season 1 and 2, all with commentary tracks. Specials include: That's Amazing!: How Do They Make That Show?, The Night of 1000 Stars: Celebrity Sessions, A Look Behind, Original Toms, Whoops?: Deleted Scenes, Tiny Tune Town: Music From the Show, Here's the Scoop: Married News Outtakes, Bob Zone: A Tribute to Bob Odenkirk, Boiling Point: Behind the Scenes, Season Two, Adult Swim and TGTTM Promos, An Artist's Touch: Artwork from the Show. 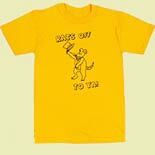 Rat's Off To Ya! t-shirt 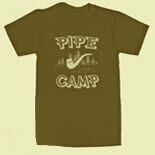 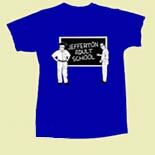 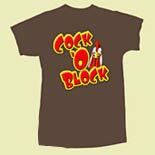 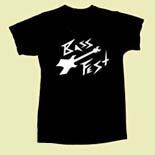 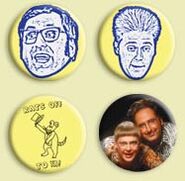 Held July 22nd, 2006 during San Diego Comic-Con 2006. It was held at Dick's Last Resort Restaurant in downtown San Diego. The event featured TGTTM Trivia, Prizes, and ended with a Parade from the restaurant to the Convention Center. Tim and Eric hosted the event, and other [as] staff attended as well.

Community content is available under CC-BY-SA unless otherwise noted.